BLOG TOUR - This Other Island 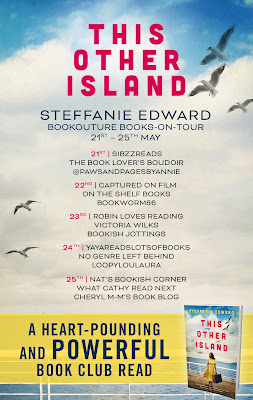 DESCRIPTION:Things between me and Papa are so different to what me and Mum have. It’s been that way since the first day. An invisible bond. Papa was the one who never stopped encouraging me to strive for my goals. ‘Take every opportunity dis country give you, ich mwen,’ he’d always said…

When Yvette receives a call to say her estranged father Joe has been attacked in a seemingly random act of violence, she rushes to his side. She’d stayed with her mother after her parents separated, but never forgot her father’s kind and caring ways. Memories of his wide smile and loving embraces – so different to her mother Doli – have always sustained her.

But when she arrives, ready to make peace and help him in any way she can, she finds a man different to the larger-than-life father she remembers. Joe is fighting for his life, but is also haunted by memories of his past. He begs Yvette to help him find out the truth…

About the journey that brought him and a beautiful young woman called Doli together, as they both travelled – as part of the Windrush Generation, to start new lives in Britain. About the lives they left behind in St Lucia. And about a dark secret – one that he has carried with him since stepping off the ship that wet and chilly August day. That threatened his and Doli’s marriage from the very beginning…

Only Yvette can find out what really happened on that crossing. Because, for forty years, Joe has believed that he killed a man. A man who had had feelings for Doli too. And who – as Joe knows – might hold the key to Yvette’s own story…

What follows is a heart-stopping debut novel about family, identity, secrets, lies, and the journeys that define us. It will grip you, challenge you, and ultimately break you into a thousand pieces. Perfect for fans of Small Island and Girl, Woman, Other.
BUY LINKS:
Amazon: https://bit.ly/3w64Jn5Apple: https://apple.co/3qNJQLdKobo: https://bit.ly/2ZK7CvMGoogle: https://bit.ly/3kgXapi
MY THOUGHTS: 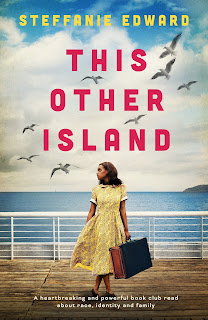 Title:   This Other Island
Author:  Steffanie Edward
Publisher:  Bookouture
Genre:   Woman's Fiction
Format:  Kindle ARC
No. of Pages:   400
Date of Publication:   May 21, 2021
My Rating:   4 Stars
Yvette's young life was one of upheaval. Raised by her aunt until the age of five, she was reunited with her parents, only to experience the separation of her parents and a future estrangement by her father. Yvette's younger years had some good moments, especially when raised around her cousin Dionne. Years later Yvette gets a call that her father had been stabbed and needs her help.
Yvette holds nothing against her father for leaving while she was a child, and is heartbroken to find out that he now has an illness far more serious than the stabbing. He requests of her to look up someone from his past and Yvette does what she can to fulfill his wishes.
Not only does the story focus on Yvette and her helping her father, her mother Dolina is also a pivotal character. The story is layered in secrets and lies, as well as family drama and reconnection. All while the story is told it flows between regular dialogue and St. Lucia dialect. Admittedly, this took some adjustment, but then it was easy to get into the mind and tongue of the characters, so much so that I was very drawn to them and the drama that unfolded.
This book dealt with serious subject of identity and the journey that Yvette experienced once she became involved with her father. I loved how the story shifted back to Dolina and Joe and how they went from the Caribbean to London and how important their roles were during that time. To see snippets of the past and how it connected to the present showed strength that the characters maintained no matter how difficult the paths their lives took. This is indeed a story well told. I am so glad to have read this book and would highly recommend this debut novel to other readers.
Many thanks to Bookouture and to NetGalley for this ARC for review. This is my honest opinion.
ABOUT THE AUTHOR: 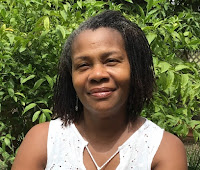 Steffanie Edward was born in St Lucia, brought up in London and now straddles between the two.

Anancy, Crick-crick and other Caribbean folk stories have been a part of her life since childhood. In her late teens she enjoyed reading Susan Howatch and books on slavery. Her absolute favourite reads have been Wild Seed by Octavia E Bulter, and Woman At Point Zero by Naawal El Saadawi.

Her writing career started with short stories, five of which have been published. Her first attempt at writing a novel was over twenty years ago, whilst living and working in Abu Dhabi. That novel, Yvette, didn’t make it into print, but the main protagonist, Yvette, has muscled her way into Steffanie’s debut novel, This Other Island.