BLOG TOUR - A Body at the Tea Rooms 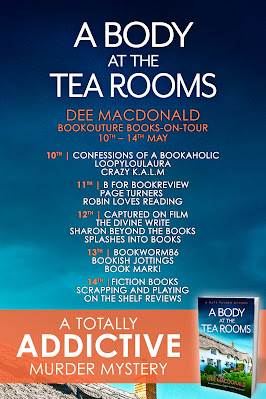 DESCRIPTION:
Meet Kate Palmer! A semi-retired nurse with a sweet tooth for cake and a talent for solving crimes.

Kate Palmer is most disappointed when renovations at her sister Angie’s new tea rooms are derailed after a body is discovered in the cellar. She was looking forward to clotted cream teas with a seaside view. Instead she has another murder mystery to solve…

If the village gossip is to be believed, the unfortunate man was connected to the wealthy Hedgefield family. Kate is reluctant to get caught up in the investigation but a curious card in the victim’s jacket pocket sparks her interest. Not to mention the ridiculous rumour Angie is somehow involved! Keen to clear her sister’s name so she can finally eat cake in the charming tea rooms, Kate teams up with handsome retired Detective ‘Woody’ Forrest to untangle the baffling case.

After quizzing the locals over copious cups of tea, Kate begins to realise the Hedgefields, who live in a grand mansion and own half the village, are not as perfect as they make out. They’re hiding a long-buried family secret and plenty of people have a grudge against them, including a number of their ex-employees.

But who could have murdered a member of Lower Tinworthy’s most enviable family? Was it the old gardener? The seemingly sweet cook? Or the bitter maid?

Just as she inches closer to the truth, Angie goes missing. Does amateur sleuth Kate have what it takes to get to the bottom of this extraordinary puzzle and save her sister at the same time?

If you love murder mysteries with a brilliant cast of characters, twisty plots and plenty of cake, A Body at the Tea Rooms will have you hooked until the very last page! Perfect for fans of Agatha Christie, Faith Martin and Joy Ellis. 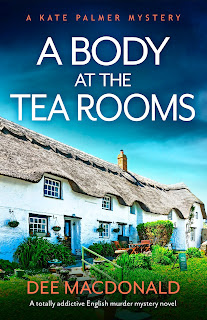 Title:   A Body in the Tea Rooms
Author:  Dee MacDonald
Series:  Kate Palmer #3
Publisher:  Bookouture
Genre:   Cozy Mystery
Format:  Kindle ARC
No. of Pages:   275
Date of Publication:   May 10, 2021
My Rating:   4 Stars
After dealing with a couple of difficult situations where murder was the name of the game, Kate Palmer is looking forward to taking it easy for a bit. In fact, she is rather excited that her sister Angie is renovating tea rooms due to a recent inheritance. Once all is done it should be a really relaxing environment of sipping tea and sharing gossip. However, plans are instantly stilted when the work begins and a body is found in the cellar. True to form, Kate is determined to solve this murder, much to the consternation of love interest Woody Forrest. As Woody is a rather newly retired Detective Inspector he is more than familiar with murder and the dangers of getting too close. Woody patiently assisted Kate in previous cases, but this time he puts his foot down and tells her to stay away.
Kate's interest only grows when someone she and Woody met on their flight home from California has an unusual connection to the case at hand. Having read the previous book in this series, A Body at Seaview Grange, I have been able to get to know Kate and her dogged nature to look for clues wherever she can and how Woody reluctantly helps her every time.
Not only do I thoroughly enjoy the quaint little village where they reside, the characters are truly endearing. I also enjoy the fact that Kate and Woody's relationship is growing stronger despite Kate's stubborn nature. The mystery element in this book, combined with the relevant danger, proves more than compelling, thus making A Body at the Tea Rooms another delightful read by Dee MacDonald.
Many thanks to Bookouture and to NetGalley for this ARC for review. This is my honest opinion.
ABOUT THE AUTHOR: 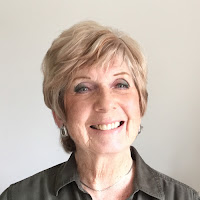 Dee has since relocated to Cornwall, where she spent 10 years running B&Bs, and only began writing when she was over 70!
Married twice, she has one son and two grandsons.
https://twitter.com/dmacdonaldauth