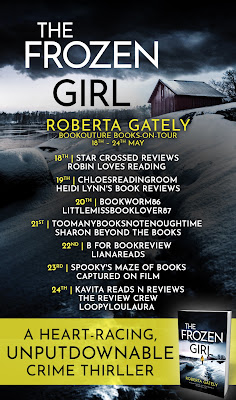 DESCRIPTION:The young woman’s mouth is slightly parted, as if waiting to speak. Her body is frozen in ice and her blue eyes stare at the sky, perhaps wanting to look at the stars one last time…

When the body of a woman is found in the frozen Neponset River, just where it meets the sea, Jessie Novak and her partner Detective Sam Dallas rush to the scene. When Jessie sees a flash of a familiar silk scarf, she’s shocked to realize the girl in the ice is Sheila Logan, who she worked closely with for years at Boston City Hospital. Jessie desperately wants to find out how this young and talented nurse ended up an innocent victim.

But who would want to kill her? As she digs into Sheila’s past, Jessie realizes she was having an affair with a colleague and may even have been pregnant. Was her lover unwilling to be a father to her child? The pain of Sheila’s death threatens to tear open Jessie’s old wounds—Jessie’s own mother walked out on her when she was just a baby and never looked back. She can’t change her own past, but she’s determined to get justice for Sheila.

When Sheila’s neighbor is found dead, also wearing a distinctive scarf, Jessie sees a lethal pattern forming. Next, someone breaks into Jessie’s car and she knows she’s being warned off the case. But with the killer in her sights, will she take the deadliest risk of her life? Can Jessie catch him, before he catches up to her?

This utterly addictive novel will keep you up all night! Fans of Lisa Regan, Rachel Abbott and Tess Gerritsen will be totally hooked until the last heart-thumping page.
BUY LINKS:
Amazon: https://geni.us/B08XMTCBN2socialApple: http://ow.ly/ObXK50DLC5RKobo: http://ow.ly/gfNV50DLC5kGoogle: http://ow.ly/98Yp50DLZKh
MY THOUGHTS: 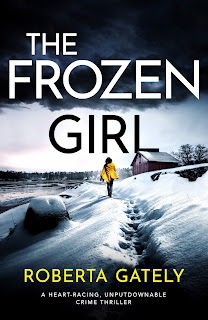 Title:   The Frozen Girl
Author:  Roberta Gately
Series:  Jessie Novak #2
Publisher:  Bookouture
Genre:   Mystery/Thrillers
Format:  Kindle ARC
No. of Pages:   301
Date of Publication:   May 18, 2021
My Rating:   5 Stars
Jessie Novak is a busy ER nurse. As if her time isn't already at a premium, she joins the Homicide unit in the Boston Police Department as a forensic nurse. Jessie will be working along with Sam Dallas, a close friend, and perhaps soon to be more. With one of Jessie's workmates at the hospital is discovered to be missing, it is disturbingly shocking to discover that she was a murder victim, found frozen in a river near the ocean.
The body belongs to Sheila Logan, identified at the autopsy Jessie attends as part of her new job. Jessie's job does not entail being a homicide detective, but she does whatever she can to try to determine why Sheila was killed and who could be responsible. Sheila did not have a good reputation. In fact, she was not well liked, by Jessie and others. But, professional to the core, Jessie puts those feelings aside to try to unravel the pieces to what proves to be a complicated case.
Rumors were already floating about that Sheila was having an affair with a colleague at the hospital, but even more, she very well might have been pregnant. While Jessie is searching for clues, she has a major distraction. Abandoned by her mother while very young, a woman approaches Jessie saying that she is her mother. Jessie wonders how much she can trust the stranger that knows some details about her early life, but trust is far from her reach.
When another murder occurs, Jessie and Sam cannot help but wonder if the cases are connected, especially when their appears to be a similar clue with the new body. Meanwhile, the closer Jessie gets, the more dangerous things get for her. There was a character right from the start that I did not trust, so it was interesting to see whether or not I was on the right track.
I am enjoying Jessie and her take on things as she proves to be quite adept as a detective. We first met Jessie in Dead Girl Walking, the first book in this engaging series. As a resident in a small town near Boston, I loved reading about familiar locations as the story progressed. I am eager to read more in this exciting series.
Many thanks to Bookouture and to NetGalley for this ARC for review. This is my honest opinion.
ABOUT THE AUTHOR:

Roberta Gately lives in Boston where she works as a nurse at the Boston Medical Center. It was in the ER where she developed an interest in the investigations behind the crimes and the victims she encountered. Working in a busy ER is much like being a detective—the search for answers is a methodical process, not unlike the work required to solve a murder!

Her crime series with Bookouture stars the brave and brilliant ER nurse Jessie Novak who teams up with her detective friend to solve tricky Boston murder cases. Expect addictive mysteries, breathtaking suspense and a gutsy heroine you’ll never forget. When she’s not writing or working at the hospital, Roberta enjoys reading, working out and spending time with friends and family.

She has also worked in humanitarian aid, providing medical care in some of the world’s bleakest spots ranging from Africa to Afghanistan. Her two previous novels, Lipstick in Afghanistan and The Bracelet were based upon her experiences of nursing abroad. Her memoir—Footprints in the Dust tells the true stories of some of the extraordinary people she met.

Author Social Media Links
Roberta loves hearing from readers and you can get in touch with her using the links below.