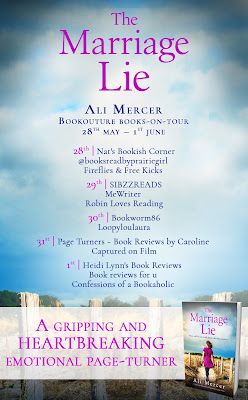 DESCRIPTION:
My husband is asking me to do the impossible. But if I don’t do what he wants, he will tell our daughter everything…Stella follows her handsome husband Rob to the beautifully laid-out table in the restaurant he’s chosen specially for her fortieth birthday lunch. As the waiter pops the champagne, Rob proposes a toast and their crystal glasses clink together in celebration. Stella knows how they must look to anyone watching. Two people very much in love, with the perfect marriage and the perfect life.But Rob is about to drop a bombshell on Stella. He wants a divorce.If she doesn’t give him exactly what he wants – the house, the money and full custody of fourteen-year-old Georgie – he will tell their precious daughter the one secret Stella has worked so hard to protect her from.Stella has a choice to make. To fight for her daughter, there is only one person she can turn to for help. Someone she hasn’t spoken to in over a decade. If she doesn’t, Rob will win. But to do it means facing up to her biggest regret, and risks losing Georgie forever, once she learns the truth…An absolutely heart-breaking and gripping novel about the price of keeping a secret. Fans of Amanda Prowse, Kate Hewitt and Susan Lewis will be gripped by this emotional family drama from the very first page.
BUY LINKS:
Amazon: https://geni.us/B08Y8JLVPQCover
Apple: http://ow.ly/brCe50DTSfl
Kobo: http://ow.ly/Qzkf50DTSdG
Google: http://ow.ly/iUQu50DTZao 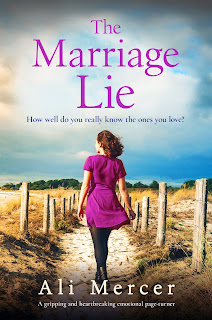 Title:   The Marriage Lie
Author:  Ali Mercer
Publisher:  Bookouture
Genre:  Women's Fiction
Format:  Kindle ARC
No. of Pages:   364
Date of Publication:   May 28, 2021
My Rating:   5 Stars
A beautiful lunch, just the two of them. Their daughter is away on a school trip for a couple of days. Stella is happy. Everything is going well in her life. Then her husband Rob takes her to show her a beautiful house in a gated community. But...wait. Rob has a plan and he is not about to compromise. In short. The marriage is over, and he is taking primary custody of their teen daughter Georgie. If Stella balks, Rob will share a secret she has been hiding for years. Blackmail, and not a gentle one by any stretch of the imagination.
Stella is reeling. While it is true that the secret that Stella is hiding will devastate Georgie, she looks for a way to get around Rob and his ideas. However, Stella is plagued with concern when she worries about Georgie discovering the secret she has been hiding. Will Stella accept a divorce from Rob and accept the conditions he is pressing on her?
What is this secret? What actually happened in Stella's past? What about now? What is more is that Stella has a strained relationship with her mother, stepfather, and especially her sister. Considering that her mother is Rob's #1 fan certainly doesn't make things any easier for Stella. Then, considering the fact that her stepfather is terminally ill doesn't make anything going on right now any easier. What about Stella's sister Molly? Will the two of them ever be able to deal with the incredible amount of tension and distance between them?
What a story! A domestic drama at its best. So many relationships in this book. All of them filled with tension beyond belief. Stella might have one person in her corner, and that is new neighbor Tony, but even that seems iffy. Then, faced with an unexpected loss, Stella hardly has anywhere to turn. Then when we factor in Rob's agenda and Stella is forced to take matters into her own hands. The Marriage Lie was an intriguing story and I enjoyed and watching things unfold as they led to a satisfying conclusion.
Many thanks to Bookouture and to NetGalley for this ARC for review. This is my honest opinion.
ABOUT THE AUTHOR: 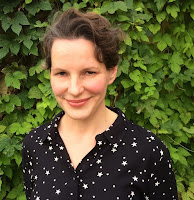 Ali decided she wanted to be a writer early on and wrote her first novel when she was at primary school. She did an English degree and spent her early twenties working in various jobs in journalism, including as a reporter for the showbusiness newspaper The Stage. She started writing fiction in earnest after getting married, moving out of London to the Oxfordshire market town of Abingdon and starting a family. She has two children, a daughter and a son who is autistic and was diagnosed when he was four years old.

Ali is fascinated by families, their myths and secrets, and the forces that hold them together, split them up and (sometimes) bring them back together again. She always travels with tissues and a book and has been known to cry over a good story, but is also a big fan of the hopeful ending.