Review - The Girl from Silent Lake 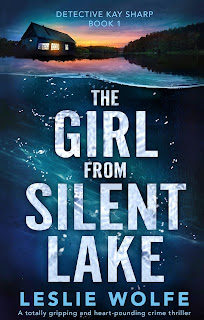 Title:   The Girl From Silent Lake
Author:  Leslie Wolfe
Series:  Detective Kay Sharp #1
Publisher:  Bookouture
Genre:   Mystery/Thrillers
Format:  Kindle ARC
No. of Pages:   373
Date of Publication:   February 19, 2021
My Rating:   4 Stars
DESCRIPTION:
“Please, not in front of my daughter,” she pleaded. “She’s just a little girl.” He leaned closer, so close she felt his heated breath on her face. The blue jays that had been filling the valley with their chirping fell silent all at once when the woman’s cry ripped through the clear mountain air…
Detective Kay Sharp vowed she’d never return to her childhood home. On the night of her thirteenth birthday her broken family was shattered beyond repair, and leaving was the only option. Unable to fix her own past, she’s been an FBI profiler for over a decade, desperate to save others.
But now Kay’s back and only she can solve the crime that has rocked the tight-knit community of Mount Chester to its core. A dead woman has been found by Silent Lake under the dew-covered Fall leaves, her hair braided and her body wrapped in a blanket. This small town may be a stranger to murder, but Kay recognizes the signs of a serial killer. She’s certain that the ritualistic nature of the scene means it’s just a matter of time until he strikes again––unless she catches him first.
As yellow do-not-cross tape flaps in the biting wind, another woman is reported missing. Kay leads a frenzied search for out-of-towner Alison Nolan and when she locates her car, Kay’s blood turns to ice as she shines her flashlight on the backseat and sees a teddy bear. Alison’s six-year-old little girl, Hazel, has vanished too.
Kay knows the missing-person investigation could turn into a murder case at any second. But as she hunts for the culprit, her own past closes in on her. Can she find the killer before it’s too late? And will the secret she thought she’d buried stay that way?
Link to purchase the book
MY THOUGHTS:
Detective Kay Sharp left home after unforgettable family trauma. A Special Agent with the FBI, Kay has become a renowned criminalist and also has a psychology degree. Coming back home is the last thing Kay wanted to do, but her brother Jacob has gotten himself in trouble, and is being jailed for a short duration. Kay feels responsible for Jacob and his house, so she leaves her career behind and goes back to home to a place where she is haunted by terrible memories.
It takes but a minute for Kay to step foot in the small town when she realizes they have been rocked by the murder of a woman. The murder carries a very specific signature of a serial killer that is currently serving multiple life terms in prison. Is there a copycat at play, and if so, how many more victims will there be?
Kay's expertise is not always welcome, but once she recognizes that a child is missing, she puts her all into the investigation. By so doing, her own past hits her square in the face. Meanwhile, Kay has had a secret for years and if she is not careful, that secret will be exposed.
What a fabulous first book in what will no doubt be an excellent series! Leslie Wolfe is a new name for me and I was ecstatic to be able to read the first book in a new series. I love how she developed Kay's character, as well as how the plot and the conflict played out. In fact, I am excited to read the next book in the series, Beneath Blackwater River, which is set for release April 23rd. I love Kay and cannot wait to see how she handles her next case.
Many thanks to Bookouture and to NetGalley for this ARC for review. This is my honest opinion. 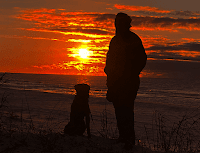 Leslie Wolfe is a bestselling author whose novels break the mold of traditional thrillers. She creates unforgettable, brilliant, strong women heroes who deliver fast-paced, satisfying suspense, backed up by extensive background research in technology and psychology.
Leslie released the first novel, "Executive", in October 2011. Since then, she has written many more, continuing to break down barriers of traditional thrillers. Her style of fast-paced suspense, backed up by extensive background research in technology and psychology, has made Leslie one of the most read authors in the genre and she has created an array of unforgettable, brilliant and strong women heroes along the way.
Reminiscent of the television drama "Criminal Minds", her series of books featuring the fierce and relentless FBI Agent Tess Winnett would be of great interest to readers of James Patterson, Melinda Leigh, and David Baldacci crime thrillers. Fans of Kendra Elliot and Robert Dugoni suspenseful mysteries would love the Las Vegas Crime series, featuring the tension-filled relationship between Baxter and Holt. Finally, her Alex Hoffmann series of political and espionage action adventure will enthrall readers of Tom Clancy, Brad Thor, and Lee Child.
Leslie has received much acclaim for her work, including inquiries from Hollywood, and her books offer something that is different and tangible, with readers becoming invested in not only the main characters and plot but also with the ruthless minds of the killers she creates.
Fans of Jack Ryan, Jason Bourne, James Bond, and Jack Reacher will love Alex Hoffmann.
web | twitter | facebook | instagram