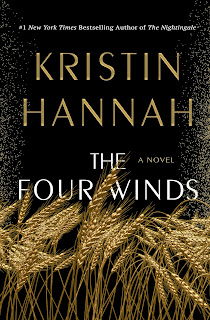 From the #1 New York Times bestselling author of The Nightingale and The Great Alone comes an epic novel of love and heroism and hope, set against the backdrop of one of America’s most defining eras—the Great Depression.

Texas, 1934. Millions are out of work and a drought has broken the Great Plains. Farmers are fighting to keep their land and their livelihoods as the crops are failing, the water is drying up, and dust threatens to bury them all. One of the darkest periods of the Great Depression, the Dust Bowl era, has arrived with a vengeance.

In this uncertain and dangerous time, Elsa Martinelli—like so many of her neighbors—must make an agonizing choice: fight for the land she loves or go west, to California, in search of a better life. The Four Winds is an indelible portrait of America and the American Dream, as seen through the eyes of one indomitable woman whose courage and sacrifice will come to define a generation.

It is 1930s Texas and the depression, drought and the Dust Bowl has led to desperation. Elsa Martinelli has to make a very difficult decision to move with her two children to California, with hopes of a much better life. Instead they are met with prejudice and issues like inflation. However, Elsa is indomitable, and her courage and strong will shines through time and again.

Elsa never had an easy life. As a teenager she nearly succumbed to serious illness, and this had a long-term effect on her life. Also, she never quite measured up to her sisters and never felt the strong arms of love from her parents. As Elsa became pregnant, she was forced to marry. Blessedly, her in-laws, Rose and Tony, welcomed her with open arms. However, as the years progressed, now the mother of two children, extreme conditions made life impossible in Texas. And, like many families, Elsa wanted something better for her children.

Elsa made the perfect protagonist. A strong woman who rose time and again, despite the incredible odds against her. Elsa felt so very real to me. I connected with her from the very beginning, whether as a woman living vicariously through the books she reads, as a daughter who couldn't measure up, as a wife who felt completely alone and as a mother who would move mountains for her children.

I only discovered Kristin Hannah this year, and have been chipping away at her backlist. Actually, I had planned to read The Great Alone last month, but time got away from me. At this point I have read The Nightingale, Summer Island, Winter Garden, Fly Away, Firefly Lane and True Colors. So, I have a lot more to read and greatly look forward to the opportunity. Kristin Hannah mixes amazing talent with extensive research, thus always producing incredible stories that manage to compel me from the very first page to the very last word.

This touching story broke me. To be frank, I bawled. Kristin Hannah never ceases to surprise me with the quality she puts into her writing. That time in history was incredibly tragic for many people, and this book did an excellent job at reflecting that time in America. This is in stark contrast to the life we live today with the pandemic. Uncertain times then. Uncertain times now. 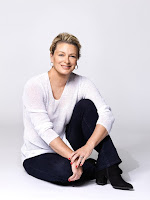