Review - The Girls in the Snow 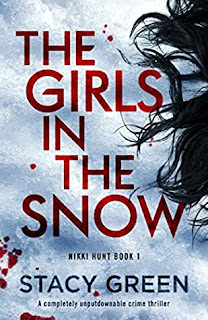 Title:   The Girls in the Snow
Author:  Stacy Green
Series:  Nikki Hunt #1
Publisher:  Bookouture
Genre:   Mystery/Thrillers
Format:  Kindle ARC
No. of Pages:   347
Date of Publication:   October 19, 2020
My Rating:   4 Stars
DESCRIPTION:
In the remote forests of Stillwater, Minnesota, you can scream for days and no one will hear you. So when the bodies of two fifteen-year-old girls are discovered frozen in the snow, Special Agent Nikki Hunt is sure the killer is local: someone knew where to hide them and thought they'd never be found.
Home for the first time in twenty years, Nikki sees that the whole town had been frantically searching for missing best friends Madison and Kaylee, and when she finds out who Madison’s step-father is, she becomes desperate to lead the case. John was once the person she trusted most in the world, who stood by her when she was just sixteen and her parents were murdered. Who supported her when she identified their killer, Mark Todd.
But when Nikki arrives at the Sheriff’s office, she’s confronted by protesters eager to see Mark freed. With new evidence that could clear his name, Mark has appealed his conviction and his brother Rory begs Nikki to take a look at what they’ve found.
Nikki knows she must focus on the killer at large, but Rory makes her wonder if she put her trust in the right people all those years ago. Are Madison and Kaylee’s deaths connected to her parents’ murders? And can she face up to her past before another life is taken?
Link to purchase the book
MY THOUGHTS:
Special Agent Nikki Hunt is home for the first time in over two decades. She happens upon a desperate search for two fifteen-year-old girls who were then found frozen in the snow. Nikki is the best woman for the job, even with her traumatic past. She excels in her role in the Behavioral Analysis Unit (BAU), and is called into handle difficult cases. When she travels to these jobs, she leaves her young daughter in the care of her ex-husband.
As Nikki works with local police, she begins interviewing quite a few people, including one of the girls’ stepfather. His name is John, someone Nikki once knew and trusted. Nikki and John had a strong connection, especially when he was there for her when her parents were brutally murdered when she was sixteen years old.
Not only is the town anxious to discover the girls' killer, they are also working hard to free the man accused and imprisoned for her parents' murder, Mark Todd. He has always claimed innocence and new evidence just might prove that he is. Mark's brother Rory pleads with Nikki to look into certain facts that just might prove his brother's innocence.
Shockingly, Nikki begins to see a thread of connection between the murder of her parents and the current murder of the two girls. If these cases are indeed connected, then could Mark Todd be wrongly imprisoned? Has someone else gone free for twenty years? If so, are more lives at stake?
The Girls in the Snow is a great start to an already riveting series. I love Nikki's character, especially as the backstory of what happened to her parents comes into play over and over again, yet she never lost her edge. I was completely pulled into this story and actually went right on to read the next book in the series, One Perfect Grave.
Many thanks to Bookouture and to NetGalley for this ARC for review. This is my honest opinion. 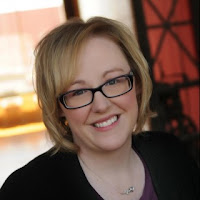 Stacy Green is the author of the Lucy Kendall thriller series and the Delta Crossroads mystery trilogy. ALL GOOD DEEDS (Lucy Kendall #1) won a bronze medal for mystery and thriller at the 2015 IPPY Awards. TIN GOD (Delta Crossroads #1) was runner-up for best mystery/thriller at the 2013 Kindle Book Awards. Stacy has a love of thrillers and crime fiction, and she is always looking for the next dark and twisted novel to enjoy. She started her career in journalism before becoming a stay at home mother and rediscovering her love of writing.
Stacy is represented by Italia Gandolfo of Gandolfo, Helin and Fountain Literary Management for literary and dramatic rights.
She lives in Iowa with her husband and daughter and their three spoiled fur babies.
web | twitter