COVER REVEAL - A Cut for a Cut 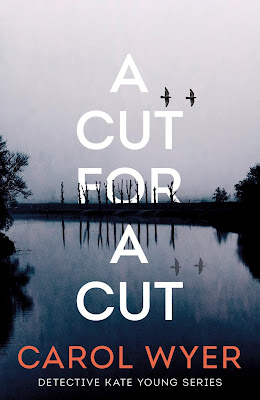 DI KATE YOUNG CAN’T TRUST ANYBODY. NOT EVEN HERSELF.

In the bleak countryside around Blithfield Reservoir, a serial murderer and rapist is leaving a trail of bloodshed. His savage calling card: the word ‘MINE’ carved into each of his victims.

DI Kate Young struggles to get the case moving—even when one of the team’s own investigators is found dead in a dumpster. But Kate is battling her own demons. Obsessed with exposing Superintendent John Dickson and convinced there’s a conspiracy running deep in the force, she no longer knows who to trust. Kate’s crusade has already cost her dearly. What will she lose next?

When her stepsister spills a long-buried secret, Kate realises she’s found the missing link—now she must prove it before the killer strikes again. With enemies closing in on all sides, she’s prepared to do whatever it takes to bring them down. But time is running out, and Kate's past has pushed her to the very edge. Can she stop herself from falling? 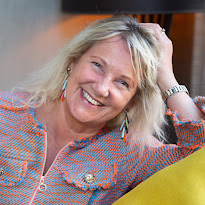 She currently lives on a windy hill in rural Staffordshire with her husband Mr Grumpy... who is very, very grumpy.
https://www.carolwyer.co.uk/
https://www.facebook.com/AuthorCarolEWyer/
https://twitter.com/carolewyer