BLOG TOUR - The Man She Married 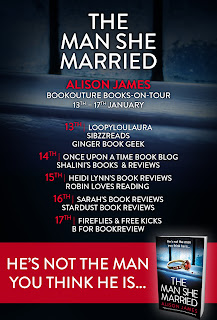 Today is my stop on the Blog Tour for The Man She Married by Alison James.

How well do you know your husband?

When Alice Gill sees the little blue line, it’s the happiest moment of her life. But her whole world is turned upside down when the police knock at her door minutes later…

Her husband, Dominic, is dead.

Distraught, Alice goes to identify the body. It’s him. Yet when Dominic’s estranged brother comes to view the coffin, he insists the man lying there is not Dominic Gill.

So who is the man Alison married?

And will his secrets put her life in danger too?

An absolutely gripping psychological thriller that will keep you guessing until the last page. If you love Behind Closed Doors, My Lovely Wife and Friend Request, you’ll be hooked on The Man She Married. 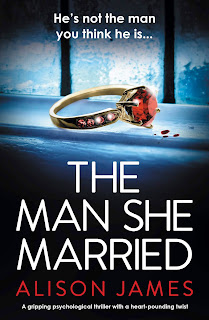 Title:   The Man She Married

Who did Alice marry? She met and fell for Dominic Gill and, before long, they were married. Having had a very bad experience with her ex before, Alice can hardly believe that she has met the love of her life. A few=- years pass and Alice is really happy, and her business is thriving. One day she thinks she may be pregnant. The excitement of that prospect is dimmed when the police arrive at her door and tell her that Dominic is dead.

Sadly, Alice must identify the body, and it is indeed Dominic. Someone else comes to view the body, and that is Dominic's brother. However, he tells Alice that this is not Dominic. The man in the coffin is not his brother.

Well, who is the man Alice has been married to for three years? Alice was blind to what was going on right in front of her and Dominic was thriving with his exploits.

The story is delivered in a fast-paced Then and Now fashion. Short chapters that kept me riveted as readers clearly see who Dominic WAS and why he is not the man Alice thought he was. Can Alice get to the bottom of things?

I won't spoil the book as to the proper identity, but suffice it to say the man is a real card. He is of the worst sort. This is a very well-written, often sneaky, psychological thriller. I was able to sit back and read this story as it evolved. I definitely would recommend this book for anyone who likes twists and turns while reading a book, as this one is certainly full of them. This is the sixth book that I have read by Alison James. When I see a book with her name on it, I grab it as soon as I can as I know I will be treated to a compelling read. as was the case with The Man She Married. 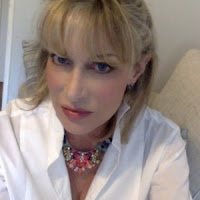