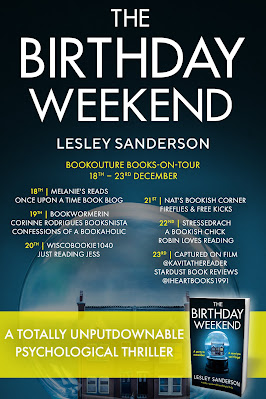 Dear Louise. It’s time we all put the past behind us. We’re meeting for my birthday. I want you there. Love, Amy. X
When Louise receives an invitation to her old friend Amy’s birthday weekend in a cottage next to the woods near their old university campus, a chill runs down her spine.Fifteen years ago, Hannah walked into those same woods and never came back. Her death destroyed her friends. They’ve not met as a group since. Until now.As the party gets underway and old grudges are uncovered, a game of truth or dare is proposed. It’s clear one person has questions about their friend’s death – and now they want answers. And nothing will stop them.When everyone has buried secrets, digging for the truth is going to get dangerous.A gripping and addictive psychological thriller that will keep you turning the pages, for fans of Gillian Flynn, Teresa Driscoll and Ruth Ware.
BUY LINKS:
Amazon: https://geni.us/B08JQF4T9YSocial
Apple: http://ow.ly/30Qy50ByHtI
Kobo: http://ow.ly/6WP850ByHsq
Google: http://ow.ly/Jy5T50Bz4rw 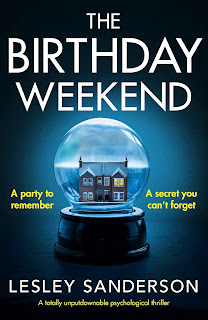 Title:   The Birthday Weekend
Author:  Lesley Sanderson
Publisher:  Bookouture
Genre:   Psychological Thriller
Format:  Kindle ARC
No. of Pages:   206
Date of Publication:  December 18, 2020
My Rating:   4 Stars
This is going to be a tough weekend. Old friends get together for the first time in 15 years. When they were younger, one of their friends, Hannah, disappeared, and was later found dead. Her life was lost and friendships were destroyed.
But now Amy, Kat, Louise and Daisy, and their significant others, are going to spend a weekend together. Not only is it Amy's birthday, but it will give the small group a long-awaited opportunity to discuss what could have possibly happened when their college friend Hannah disappeared. They were tight back then, but everything crumbled for them, never to be the same again.
Although there were several friends, the entire story is delivered in Louise's first-person perspective. She was Hannah's best friend in school, and just might be the one most devastated by Hannah's death. This weekend certainly will not be easy for any of them. Amy, however, has a plan, and that is for each of them to discuss what happened to Hannah the last time they say her. Will this be to all of their undoing?
Not only do they have to deal with the trauma of remembering that awful time, each of them have major issues they are coping with. As they try and unravel events from that time, the drama surrounding their lives now comes into play. Things are certain to be revealed during the weekend, and it will soon become evident that nothing is as it seems for any of them.
This thrilling story by Sanderson hits the mark when it comes to secrets, lies and tension. I could not put this exciting book down and found myself drawn to the drama as it unfolded, and shocked at the revelations that were revealed.
Many thanks to Bookouture and to NetGalley for this ARC for review. This is my honest opinion.
ABOUT THE AUTHOR:

Lesley attended the Curtis Brown Creative 6 month novel writing course in 2015/6, and in 2017 The Orchid Girls (then On The Edge) was shortlisted for the Lucy Cavendish fiction prize.