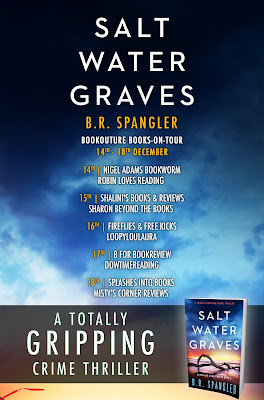 Plunging under the cold ocean surface, her long blonde hair drags in the current and she frantically kicks towards the light. With her arms and legs tied she is helpless. As water fills her lungs, she has just one regret. She never told anyone about her date.

On a lonely stretch of coast at daybreak in North Carolina’s Outer Banks, Detective Casey White is shocked to find the drowned body of a much-loved local woman, Ann Choplin, her beautiful face covered with specks of sand. The green and white rope binding her wrists reveals the terrifying truth that this innocent mother’s death was no accident.

With the incoming tide flooding the scene and swallowing all evidence, Casey’s team has nowhere to turn… but it’s Casey who realizes this beach will be devastatingly familiar to her partner, ex-sheriff Jericho Flynn. His wife was found murdered here years ago, thrown into the ocean alive just like Ann. But the twisted and jealous woman guilty of that crime has been in prison for years.

Days later, another woman is found drowned on the same beach, her wrists tied. Casey fears a copycat killer is on the loose, playing a deadly game with Jericho by digging up the horrors of his past.

Certain that finding a link between these women will crack the case, Casey works through the night digging into their lives and finds an old photo of the two victims at school together, smiling in their cheerleader uniforms. But cold betrayal floods Casey as she sees Jericho in the background. She’d thought it was safe to let him into her life, but he never once mentioned he knew the victims. What other secrets is he hiding?

When a coil of green and white rope is found in his garage, Casey’s whole team is convinced that the mounting evidence is stacked against Jericho. But with Casey’s instincts screaming that Jericho could never hurt anyone, it will mean risking her own career—and her life—to clear his name. If she’s wrong, she is placing her trust in a killer... but if she’s right, more innocent women are in terrible danger.

An absolutely unputdownable crime thriller, with twists and turns that will leave you breathless. Fans of Robert Dugoni, Kendra Elliot and Rachel Caine will be addicted. 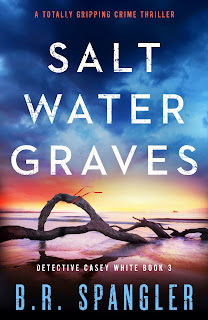 Title:   Saltwater Graves
Author:  B. R. Spangler
Series:  Detective Case White #3
Publisher:  Bookouture
Genre:   Mystery/Thrillers
Format:  Kindle ARC
Date of Publication:   December 14, 2020
My Rating:   5 Stars
In this gripping book by B. R. Spangler, Detective Casey White begins an investigation after a woman is found drowned, murdered. Not only is it immediately clear that the case of death was indeed murder, Casey sees a connection to her romantic partner, and fellow law enforcement, Jericho Flynn's wife's murder of a couple of years ago.
Not only is Casey in a race against time searching for the murderer, things are complicated in her personal life. Recently reunited with her daughter Hannah, after being kidnapped years ago. Casey is also navigating hr personal relationship with Jericho and the changes this makes to her life.
One additional layer to this intense story is who Casey is forced to communicate with about the victims currently being murdered. All of these things together worked very well to create a tension-filled story that kept me turning pages faster and faster.  I was drawn to Casey from previous installments in this series, but this book really hit me hard. There are sharp emotional edges to this story, making it a stellar read, one that brought a lot of emotions up in me.
With a shocking conclusion, I am more than eager to read the next book in this series. I really need to see what Casey and Jericho have in store for the future.
Many thanks to Bookouture and to NetGalley for this ARC for review. This is my honest opinion.
ABOUT THE AUTHOR: 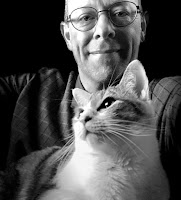 B.R. Spangler here. I'm a resident of Virginia along with my family, five cats, two birds, a hamster, and a lizard. During the day, I work as an engineer and spend my off hours writing, editing, and thinking up the next great story.

To keep up to date, sign up for his newsletter by copying and pasting this link into your browser: https://brspangler.com/sign-up/