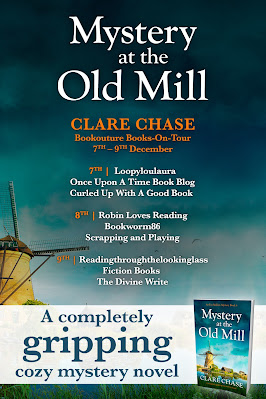 When the calm of Saxford St Peter is disrupted by a deadly fire at the Old Mill, amateur sleuth Eve Mallow finds herself investigating a most surprising mystery!

Everyone in Saxford St Peter is desperate to know more about Harry Tennant, the newcomer who owns the Old Mill. He usually keeps himself to himself, but he’s finally invited the villagers round for drinks, and Eve Mallow isn’t the only one looking forward to having some questions answered.

But two days before the party, a terrible fire sweeps through the mill, and Harry is found dead. When Eve passes the burned remains of his beautiful house, she can’t resist the call to investigate. Especially when it turns out quiet, charming Harry was living a double life as the famous advice writer Pippa Longford. Eve has to wonder what revelations were contained in the letters he received… and whether one of them was worth killing for.

Accompanied by her reliable dachshund sidekick Gus, Eve starts digging. She soon realises Harry was at the centre of a web of lives – and lies. There’s an uncle desperate to inherit, two women who thought they were his one and only, not to mention everyone who shared their darkest secrets with him. Was one of those strangers much closer to home than Harry knew? And can Eve untangle the truth before she finds herself face to face with a killer? 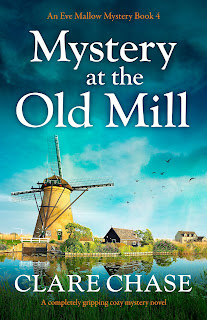 MY THOUGHTS:
Eve Mallow doesn't just write amazing obituaries, her job goes further than that. In fact, she is pretty much a detective, because before she can even begin writing about the deceased she wants to get to know them in order to form a full picture of their life. By so doing, she digs deep. In the case of the current death, Harry Tennant, he happens to be a man Eve recently met. She found him to be quite a likeable guy and was rather shocked when she found out he was dead.
Just like several times before while Eve begins asking questions, she quickly learns that Harry was indeed murdered. What is more is that she discovered that he was living a double life as Pippa Longford, a famous writer. Something Harry was up to was enough to get him murdered, and Eve is determined to find out what exactly that was.
Eve will go to any lengths possible to find the answers, and relies on communication with former policeman Robin for assistance. All the while she has her adorable dachshund Gus by her side. Also, Eve has to deal with some personal matters along the way.
In this terrific addition to a delightful series, I enjoyed watching Eve successfully maneuver her way through, even though she found danger along the way. I am loving this series and am looking forward to the next installment.
Many thanks to Bookouture and to NetGalley for this ARC for review. This is my honest opinion.
ABOUT THE AUTHOR:

Clare Chase writes women sleuth mysteries. After graduating from London University with a degree in English Literature, Clare moved to Cambridge and has lived there ever since. She's fascinated by the city's contrasts and contradictions, which feed into her writing. She's worked in diverse settings - from the 800-year-old University to one of the local prisons - and lived everywhere from the house of a Lord to a slug-infested flat. The terrace she now occupies, with her husband and teenage children, presents a good happy medium.

As well as writing, Clare loves family time, art and architecture, cooking, and of course, reading other people's books.

You can find Clare's website and blog at www.clarechase.com