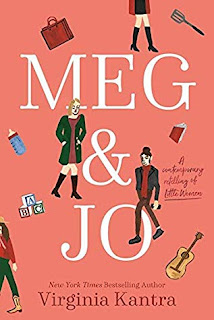 The March sisters—reliable Meg, independent Jo, stylish Amy, and shy Beth—have grown up to pursue their separate dreams. When Jo followed her ambitions to New York City, she never thought her career in journalism would come crashing down, leaving her struggling to stay afloat in a gig economy as a prep cook and secret food blogger.

Meg appears to have the life she always planned—the handsome husband, the adorable toddlers, the house in a charming subdivision. But sometimes getting everything you’ve ever wanted isn’t all it’s cracked up to be.

When their mother’s illness forces the sisters home to North Carolina for the holidays, they’ll rediscover what really matters.

One thing’s for sure—they’ll need the strength of family and the power of sisterhood to remake their lives and reimagine their dreams.

The four March girls have grown up and it is modern times. That is how Meg and Jo is written for voracious readers of Little Women by Louisa May Alcott. Considering that the classic is my all-time favorite book which I have read several times, I was eager to get a different take on the book.

I must admit to being less than enthused. It is a "cute" story, and Meg and Jo are featured in this retelling. But, I guess I wanted the warm and inviting read every time I open the pages of Little Women.

In trying to be fair, I did try and push the classic out of my head so as to enjoy this book. When I could do that, I found it enjoyable at times. But there were just some things I couldn't disconnect about the girls I knew so well over my lifetime.

A few of my issues with the book.

Laurie is not in the book...another male character named Trey is in his place...

The story does not take place in New England (my home)...

The mother is ill in this story, not Amy...

Mr. March would rather save the world than care for his own family...I will stop there.

If I hadn't read the other book several times, and the movies? Maybe I would been convinced to be that the March sisters are rather wordly.

Many thanks to Berkley and to Edelweiss for this ARC for review. This is my honest opinion. 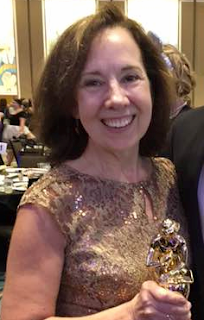 Carolina Dreaming, the fifth book in her Dare Island series, won the 2017 RITA (R) Award for Best Contemporary Romance - Midlength and was named one of BookPage's Top Ten Romance Novels of 2016.

Her work includes the popular Children of the Sea series and, in e-book format, The MacNeills stories.

Look for Meg and Jo, a contemporary novel inspired by Little Women, in December 2019.

Married to her college sweetheart and the mother of three (mostly adult) children, Virginia lives in North Carolina. She is a firm believer in the strength of family, the importance of storytelling, and the power of love.

Her favorite thing to make for dinner? Reservations.

A popular speaker, Virginia regularly offers workshops to writers' groups and has participated in Winston Salem's Bookmarks Festival; the North Carolina Literary Festival; and Duke University's "Unsuitable" event series hosted by the Forum for Scholar and Publics. She loves talking with readers.