SPOTLIGHT TOUR - Song for a Cowboy 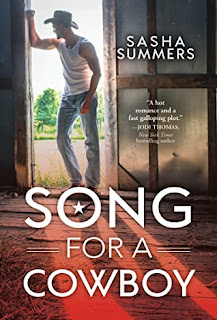 Emmy Lou King’s whole family is legendary in country music. When she lands the opportunity to sing the American Football League anthem and serve on one of the AFL’s anti-drug charities, she’s sure she can handle working with Brock Watson even though she’s barely recovered from their breakup—and she’s never loved anyone else.

Brock Watson is feeling the pressure. From dealing with his father’s declining health, keeping their ranch running, staying in game-ready shape, and his dedication to the charity that changed his life, there’s no time for anything else. Emmy Lou included. After six years, he’d like to think she couldn’t mess with his head anymore. But one look, one smile—and he knows she’s as dangerous as ever. He can’t resist her—he never could.

The more time Emmy Lou spends with Brock, the harder it is for them to keep their distance.

“Romance that will keep you reading into the night.” —JODI THOMAS, New York Times bestselling author, for Jace
BUY LINKS:
Amazon: https://amzn.to/2CYEZTJ
B&N: https://bit.ly/2BuQaDc
Apple: https://apple.co/3hzMq2H
Kobo: https://bit.ly/3b3rHUF
Google: https://bit.ly/35ZMbKX
MY THOUGHTS:
It is not difficult to love the King family, well, most of them anyway. We met them in the first book of the series, Jace, where daughter Krystal fell in love. Now we have Emmy Lou's story. Her story is quite touching because she fell in love with professional football player Brock Watson years ago and they had a difficult breakup. This breakup caused more pain than either of them realized.
But, more about the King family. They are the country's heart when it comes to a family band. Their fame is unparalleled and no end seems in sight. Part of this is because the mother of the family, CiCi King, will do anything to protect her family. The family consists of Hank, the father, Krystal, Travis and Emmy Lou. We will see in this story the lengths that CiCi goes to to protect Emmy Lou.
At some point Emmy Lou and Brock's past converge. They have both been asked to serve on the same charity together - to help teens stay away from drugs. This includes a lot of appearances at the same time - so much so that they are soon deemed "Bremmy" by the press and tabloids. The term proves to more than fitting because it soon becomes apparent that the feelings that Brock and Emmy Lou had for each other years previously burn hotter than ever now
However, there are roadblocks in their way and it is these very roadblocks that might not give these two a chance for everlasting love. However, the story does not just deal with the tender affections of the heart. The book also deals with the effect of healing from being an addict, eating disorders and Alzheimer's. Sasha Summers does a fantastic job handling each of these situations with good care, all while developing a remarkable story.
I really am enjoying this series by Sasha Summers. The first book in this series, Jace, was also very enjoyable and I do look forward to reading the next book, which will undoubtedly be Travis's story. I also hope that Emmy Lou's bodyguard, Sawyer, gets his story as well.
Many thanks to Sourcebooks Casablanca and to NetGalley for this ARC for review. This is my  honest opinion.
ABOUT THE AUTHOR: 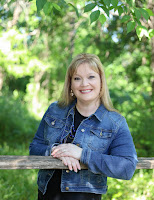 Sasha Summers grew up surrounded by books. Her passions have always been storytelling, romance and travel--passions she uses when writing. Now a best-selling and award winning-author, Sasha continues to fall a little in love with each hero she writes. From easy-on-the-eyes cowboy, sexy alpha-male werewolves, to heroes of truly mythic proportions, she believes that everyone should have their happy ending--in fiction and real life.

Sasha lives in the suburbs of the Texas Hill country with her amazing and supportive family and her beloved grumpy cat, Gerard, The Feline Overlord. She looks forward to hearing from fans and hopes you'll visit her online. Facebook: Sasha Summers Author, Twitter: @sashawrites, or her website: www.sashasummers.com