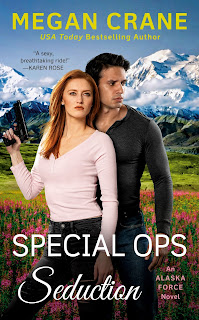 After an official operation turned deadly, Jonas Crow began a new life in Grizzly Harbor with Alaska Force. But when fellow soldier Bethan Wilcox joins the group, she forces him to remember things he actively prefers to forget. That’s unforgivable enough. But now the two of them are forced together on a mission to uncover deadly secrets tied to their complicated past, and with the heat between them at a boil, forgiveness is the least of his worries...

And the only woman he needs.

Bethan Wilcox, one of the first women to make it through Army Ranger school, didn't join Alaska Force to deal with Jonas's foul temper. Or her own errant attraction to him. Thrown together in a race against the clock, they have to pretend to be a couple and play nice to throw the enemy off their scent. She knows better than to let their pretend love feel real...especially while time is running out.

Jonas has always been good at saving the world. But it’s Bethan he needs to save this time around—if she doesn’t save him first.
Link to purchase the book
MY THOUGHTS:
Well, I enjoy tropes and this one made my heart sing - enemies to lovers. During an incredibly difficult operation, Jonas Crow and Bethan Wilcox were the only survivors, with Bethan having saved his life. After recovering, Jonas joined the Alaska Force team in Alaska. Eventually, Bethan also left the military and also joined Alaska Force. The two are like oil and water. However, something imminent is before them and they are forced to work together as boyfriend and girlfriend during her sister's upcoming wedding. This mission will soon change everything for them.
Things are not going to be easy for either of them. For one thing, Jonas is as prickly as a bear and the last person he wants to work closely with is Bethan. Regarding Bethan, she is only one of two women on this special team, Proving herself more than capable during Ranger School was challenging enough. Now being on the team - and working way too closely with Jonas - is a much bigger challenge.
While acting as boyfriend and girlfriend during this current mission, they must act as if they are madly in love. However, things soon transition from acting to what just might seem real, all while the danger from that mission that almost cost Jonas his life is suddenly creating very real threats right now. Will they live long enough to explore their growing feelings?
What an exciting story! Suspense, danger, romance and friendship all play equal roles in this thrilling addition to the Alaska Force series. I love the continuity that flowed through the pages of this book with other members of their team and their now significant others.  I especially loved Jonas and his tough exterior and truly enjoyed watching him transform when it came to him recognizing his feelings for Bethan. This fabulous book was a great read and kept me eager to see how the danger could be resolved all while watching Jonas and Bethan find their way to happiness.
Many thanks to Berkley and to NetGalley for this ARC for review. This is my honest opinion. 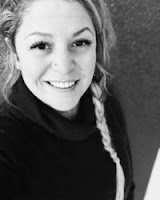 Writing (and finishing!) my first book was a relief. And actually publishing that book was one of the greatest thrills of my life.

Now I’m some 100 books in, I’m still a romance fanatic, it still thrills me to see my books on shelves, and yes, I’m still plotting my Broadway debut.

If you’re new to my books, try starting here.