I am thrilled that it is my day to share in the Blog tour for
Murder Never Misses!

PLEASE NOTE THIS IS A REVISED EDITION OF A BOOK FIRST PUBLISHED AS “WALK A NARROW MILE.”

Three missing young women. One evil stalker. But Hillary doesn’t think it all adds up.

Hillary is recovering from the vicious attack by her stalker. It appears that he is also behind the disappearance and murder of three women. Her bosses want these unsolved cases closed, but Hillary has a theory that will shock everyone.

However, as the truth comes to light, Hillary and the team are faced with a dire emergency — can they prevent an imminent murder?

She wasn’t sure she wanted to go back. But solving crimes is irresistible for Hillary Greene. And it doesn’t hurt that her new boss is devastatingly handsome.

MURDER NEVER MISSES is the fourteenth in a series of page-turning crime thrillers set in Oxfordshire.

An attractive, single woman nearing the landmark age of fifty, Hillary Greene was a police officer of many years’ experience (earning the rank of DI) and came up through the ranks. Consequently, she knew how the system worked, and was always fiercely loyal to the force without being blinkered to its faults. Forced to retire early through no fault of her own, she has now returned to the force as a civilian consultant on cold cases. She still enjoys a rather enigmatic relationship with the wily Commander Marcus Donleavy, but it is her new boss, the very attractive Steven Crayle, who is likely to cause her the most problems now!

PLEASE NOTE THIS IS A REVISED EDITION OF A BOOK FIRST PUBLISHED AS “WALK A NARROW MILE.” 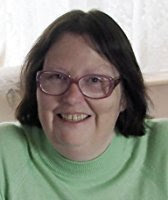 Faith Martin has been writing for over 25 years, in four genres and under four different pen names. She was born in Oxford and sets most of her crime novels within sight of the city of dreaming spires. A real nature lover and afficionado of the countryside, descriptions of wildlife and native flora often find their way into her manuscripts. Right now, JOFFE BOOKS are re-issuing the DI Hillary Greene novels in new updated editions! The first 13 books in the series are available now.

Her romance novels, written under the name of Maxine Barry, are now available from Corazon Books. IMPOSTERS In PARADISE, and HEART OF FIRE are both out, and others will very quickly become available in the future.

Her first foray into writing 'spooky' crime, (and written under the pen name of Jessie Daniels) comes out in November 2017. THE LAVENDER LADY CASEFILE is published by Robert Hale, an imprint of Crowood Press.

Hillary Greene, former DI, is now part of the Crime Review Team, as a civilian consultant. She is back on the job just two weeks after a near-deadly attack from her stalker, as she almost lost her life. She is more determined than ever to catch him, and not just because of her attack. There are three missing women and there is irrefutable evidence that her stalker was their stalker as well. Are the women dead, and was it at his hands? Hillary and her team are on the case, but then she begins to develop another theory. Is she right? As she begins to pursue her theory, another life is on the line and it becomes a race against time to identify the stalker.

I have been waiting for this book! I read a lot of series and some of them serve quite well as standalone. But, this book follows close on the heels of Book 13 in the series, Murder of a Lover. I suggest at least reading that book before this one, although reference is made clearly enough if a reader wants to pick up from this book.

Hillary has a reputation as an investigator that is second to none, but right now she is a bit unsure. In large part it is due to her recent attack, and then there is the very strong likelihood that the stalker is someone at headquarters. Who in this large group could be this heinous? Meanwhile, Hillary's personal life has taken a curious turn. Her relationship with her handsome boss has reached a new level. I was enthralled at the breakneck speed at which Hillary investigated the stalker. The conclusion was utterly thrilling and had me turning the pages rapidly. I look forward to the next book in the series.

Many thanks to Joffe Books and to NetGalley for this ARC to review in exchange for my honest opinion.
Posted by Robin Loves Reading at 7/14/2018 01:32:00 AM