BLOG TOUR - We Fly Beneath the Stars 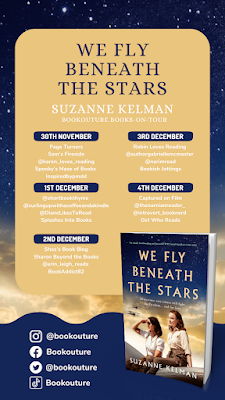 DESCRIPTION:
1942, Europe: Based on the true story of a female-only bomber battalion, this is a totally heartbreaking and unforgettable story about sacrifice, sisterhood and a love that transcends war.

When the love of Tasha’s life, Luca, joins the air force to fight against the evil Nazi invaders, she knows she has to follow her heart—and him—into battle. Headstrong, impulsive and a daredevil, she’s the perfect recruit.

Tasha’s sensible older sister Nadia plans only to stop Tasha’s madness and bring her home. But a chance encounter puts her in a plane, soaring above the clouds, and she also finds her calling.

Underestimated by their superiors, Nadia and her sister find themselves in airplanes barely fit to fly, being sent on perilous missions with little hope of return. But before long their battalion is being nicknamed ‘the Night Witches’ by the Nazis, their ownership of the skies second to none.

But danger is up in the storm clouds with them, and when both sisters are shot down behind Nazi enemy lines, and taken to a brutal prison camp, they expect to never see their beloved homeland again.

Until Tasha’s eyes meet across the wire fence with someone she never expected to see again: the love of her life, Luca.

But with love comes peril… Will one sister have to sacrifice everything to save the other?

Absolutely unputdownable historical fiction, perfect for fans of All the Light We Cannot See, The Ragged Edge of Night, and The Tattooist of Auschwitz.
BUY LINK: 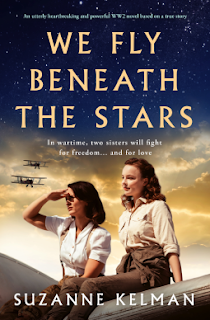 Title:   We Fly Beneath the Stars
Author: Suzanne Kelman
Publisher:  Bookouture
Genre:   Historical Fiction
Format:  Kindle ARC
No. of Pages:   392
Date of Publication:   November 30, 2022
My Rating:   5 Stars
Tasha may not have been ready to marry her beloved Luca, but she is heartbroken when he joins the Air Force at what is a very difficult time in history during World War II. Determined to remain close to him, Tasha also joins the efforts, and soon becomes a part of a female only bomber battalion, which is the first of its kind.
One of the people that Tasha leaves behind is her older sister Nadia. Nadia‘s recent marriage and home life are anything but happy, and now she is on the war front as well. While it may not have been Nadia’s idea to be flying these dangerous planes, joining the battalion is the only way that she knows to protect her sister Tasha. Although the rivalry between the two sisters was sometimes a barrier, one thing was made clear, and that was their love for each other.
Despite excellent flying skills and sharp instincts, before Tasha gets the opportunity to prove herself capable enough to fight alongside Luca, both she and Nadia are captured and spend time in a terrible prison camp. Readers are introduced to the Russian Night Witches, an actual Russian fighter pilot force during World War II in this latest compelling read by Suzanne Kelman. The experiences were harrowing, the emotion was raw and intense, the bravery was stellar, and the writing of this book was exceptional.
Many thanks to Bookouture and to NetGalley for this ARC for review. This is my honest opinion.
Please also enjoy my YouTube video review - 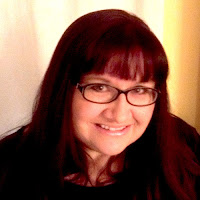